skip to main | skip to sidebar

Avatar, a film that breaks discussions in China and in Sarasota Herald Tribune. 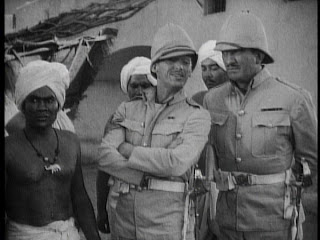 (1)January 11, 2010, 12:10 pm China Sees ‘Avatar’ (and Criticizes It, Too)While the numerous arguments inspired by James Cameron’s science-fiction film “Avatar” have hardly quieted down in its fourth week of release, another group of voices has been added to the debate. On Jan. 2, “Avatar” opened in China, inspiring bloggers there to race back to their computers and pick apart the messages they are finding in that 3-D blockbuster.

At the Web site Global Voices, Andy Yee rounds up responses to “Avatar” written by prominent Chinese bloggers (and helpfully provides translation), some of whom have seized upon themes that also jumped out at American viewers.
Among the Chinese bloggers Mr. Yee points to is Huang Zhangjin, who, like many American critics, sees Eurocentric themes running through the movie:
I believe if Edward Said is still alive, when he sees that Jake is saved by the princess of Na’vi, he would think: this damn screenwriter! Are you not going to let the princess fall in love with Jake, and let Jake rescue the Na’vi? …
From Madame Chrysanthème to Last Samurai to Avatar, when could Westerners stop seeing foreign cultures as female and themselves as male? And when could they stop the cross-cultural narcissism that, no matter how unsuccessful the Western man is, he will be loved by the Oriental woman?
The same blogger also picks up on the idea of “Avatar” as an environmental parable, writing:
The main male character has to be from another planet. He is a traitor of his highly civilized planet, where uncontrolled development has destroyed their planet to the point where they could no longer live there. They send a few of them to Earth to continue their species. Because we, the human beings, are sympathetic but also eye their high technology, we decided to start a high-tech energy project which will destroy planet Earth. … The more advanced the technology, the greedier you become.
Elsewhere, the blogger Lian Yue satirizes Chinese politics by writing a list of talking points compiled by an imaginary Chinese official after seeing “Avatar.” Among the entries on the list:
1. The first element of any war is human. Learn from the Na’vi, have a winning spirit, and don’t be afraid of any advanced weapons.

2. The Na’vi’s system of hereditary rule proves that democracy is not universally applicable.

3. Na’vi’s collectivism has won over capitalism. …

5. The human race’s army has not united resolutely under the leadership of Colonel Miles Quaritch, as a result there is internal struggle. Unity is iron, unity is steel!

6. Dr. Grace Augustine shows the weaknesses of intellectuals, which are not to be trusted. …

10. Planet Pandora is an inseparable part of our motherland.
The Web site Chinasmack.com collects comments from readers who see parallels between the plight of the alien Na’vi, who are pushed off their land by human industrialists, and reports in Chinese news media about residents who have been forcefully evicted from their homes by local Chinese governments that are demolishing the buildings and redeveloping the land. Among the remarks from the pseudonymous commenters: “Strongly condemn the Western director for using Avatar to allude to China’s current situation!!” and, “China’s demolition crews must go sue Old [James] Cameron, sue him for piracy/copyright infringement.”
We’re guessing that Old Mr. Cameron is laughing all the way to the bank: as in the U.S., “Avatar” is breaking box-office records in China, too. 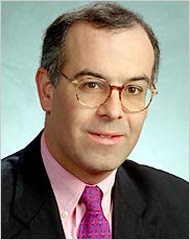 Readers intending to watch the movie “Avatar” should know that major events in the plot are revealed.
Every age produces its own sort of fables, and our age seems to have produced The White Messiah fable.
This is the oft-repeated story about a manly young adventurer who goes into the wilderness in search of thrills and profit. But, once there, he meets the native people and finds that they are noble and spiritual and pure. And so he emerges as their Messiah, leading them on a righteous crusade against his own rotten civilization.

Avid moviegoers will remember “A Man Called Horse,” which began to establish the pattern, and “At Play in the Fields of the Lord.” More people will have seen “Dances With Wolves” or “The Last Samurai.”
Kids have been given their own pure versions of the fable, like “Pocahontas” and “FernGully.”
It’s a pretty serviceable formula. Once a director selects the White Messiah fable, he or she doesn’t have to waste time explaining the plot because everybody knows roughly what’s going to happen.

“Avatar” is a racial fantasy par excellence. The hero is a white former Marine who is adrift in his civilization. He ends up working with a giant corporation and flies through space to help plunder the environment of a pristine planet and displace its peace-loving natives.
The peace-loving natives — compiled from a mélange of Native American, African, Vietnamese, Iraqi and other cultural fragments — are like the peace-loving natives you’ve seen in a hundred other movies. They’re tall, muscular and admirably slender. They walk around nearly naked. They are phenomenal athletes and pretty good singers and dancers.
The white guy notices that the peace-loving natives are much cooler than the greedy corporate tools and the bloodthirsty U.S. military types he came over with. He goes to live with the natives, and, in short order, he’s the most awesome member of their tribe. He has sex with their hottest babe. He learns to jump through the jungle and ride horses. It turns out that he’s even got more guts and athletic prowess than they do. He flies the big red bird that no one in generations has been able to master.
Along the way, he has his consciousness raised. The peace-loving natives are at one with nature, and even have a fiber-optic cable sticking out of their bodies that they can plug into horses and trees, which is like Horse Whispering without the wireless technology. Because they are not corrupted by things like literacy, cellphones and blockbuster movies, they have deep and tranquil souls.
The natives help the white guy discover that he, too, has a deep and tranquil soul.
The natives have hot bodies and perfect ecological sensibilities, but they are natural creatures, not history-making ones. When the military-industrial complex comes in to strip mine their homes, they need a White Messiah to lead and inspire the defense.
Our hero leaps in, with the help of a pack of dinosaurs summoned by Mother Earth. As he and his fellow freedom fighters kill wave after wave of Marines or former Marines or whatever they are, he achieves the ultimate prize: He is accepted by the natives and can spend the rest of his life in their excellent culture.
Cameron’s handling of the White Messiah fable is not the reason “Avatar” is such a huge global hit. As John Podhoretz wrote in The Weekly Standard, “Cameron has simply used these familiar bromides as shorthand to give his special-effects spectacular some resonance.” The plotline gives global audiences a chance to see American troops get killed. It offers useful hooks on which McDonald’s and other corporations can hang their tie-in campaigns.
Still, would it be totally annoying to point out that the whole White Messiah fable, especially as Cameron applies it, is kind of offensive?
It rests on the stereotype that white people are rationalist and technocratic while colonial victims are spiritual and athletic. It rests on the assumption that nonwhites need the White Messiah to lead their crusades. It rests on the assumption that illiteracy is the path to grace. It also creates a sort of two-edged cultural imperialism. Natives can either have their history shaped by cruel imperialists or benevolent ones, but either way, they are going to be supporting actors in our journey to self-admiration.
It’s just escapism, obviously, but benevolent romanticism can be just as condescending as the malevolent kind — even when you surround it with pop-up ferns and floating mountains.
Posted by https://lamedicinadecuba.blogspot.com/ at Monday, January 11, 2010